Back in the Saddle Again

Over a year has gone by (Six Hundred and Thirty Six days actually) since I have last sent word of my adventures out on the trails. Much has happened, though my running has been pretty spotty at best. I could give excuses about work and life getting in the way, but really it comes down to the fact that I have been lazy and I have put on quite a bit of weight in the past Six Hundred and Thirty Six days to show for it. Really my habit of being a lazy home-body started even earlier than that.  I have been very happy these past several years and my comfortable happiness has left me content to come home every night to spend time with my kittens (now cats, you can find them on Instagram @Midsomer_Purrders, yup. Don’t judge.) and my girlfriend (now Fiancée) watching Netflix, the DVR, chatting, cooking (we moved in together and actually have a nice sized kitchen that we spend quite a bit of time preparing new recipes that we find (typically on Pinterest), going to the dinner with friends, or just hanging out together.

Basically, much of what I have been doing recently does not require much physical activity. From a long commute, sitting down on buses and trains, to coming home to watch Netflix, the DVR, or baseball, or even cooking or going out to a restaurant with friends (especially in winter when we are lazy enough just to take a cab), most of what I have been doing is not all that active. While I have my excuses, it really boils down to old adage, “You make time for what is important to you.” Spending time with my Fiancée and my kittens is obviously very important to me. However, it didn’t occur to me how important physical activity really was to me as well, until I inadvertently cut it out of my life (or at least greatly reduced it). While I have been very happy for the past several years, I couldn’t help but feel a pull from somewhere in me that wanted to dust off my ‘work-out’ cloths and running shoes and get back outside and do something.

It isn’t running specifically, though I do enjoy it, I really just like being active and outside. I like going for long walks, bike rides, hikes, elaborate, city-wide, night-time games of tag, etc. I started to grasp what that pull to get back to being active and outdoors was on long walks with my Fiancée when we would just stroll around the city; even if it was partly to get in a Fitbit step count for a
Weekend Warrior Challenge, I could still feel that pull to be outside and active become somewhat sated for a time when we were out walking. It especially became clear when we were in Paris last October and were walking around constantly. Paris, by the way, is now my favorite place on Earth and I seriously considered ‘losing’ my passport just so I would be ‘stuck’ there. I felt so alive and free while we were in Paris, that when we finally got home, even though I also live in one of the greatest cities on Earth (yay Chicago!), I was no longer walking around constantly to different parts of a city with diverse terrain (they have actual hills there). I was no longer walking to a different part of town every day for a tour, no longer walking down to Rue Cler from my nearby hotel every morning for a leisurely petit dejeuner and people watching, and no longer walking to a neighborhood café for dinner and wine outdoors every night. Once I returned to my sweet home Chicago, I fell back into the all too common practice of staying mostly in my own neighborhood and not venturing too far from home.


Eventually, I decided that I needed to do something to become more active again. So, even though I was too out of shape to really venture too far from the apartment for a run (or was just too lazy, or it was just too cold or wet outside), I would make the journey to the fitness center in my building and run on a treadmill for a couple miles. Not perfect, but at least it has been getting my body slowly re-acclimated to running more regularly as of late. I only wish I had decided to become more active again much sooner, as having gained as much weight as I have, I am now the most out of shape I have ever been. It has been harder for me to get back out and go for a run now than it was before I ever started running at all, as when I first started running; I was already pretty in shape. Since I have been back at it now, it has been getting progressively easier, but I still have a long way to go. 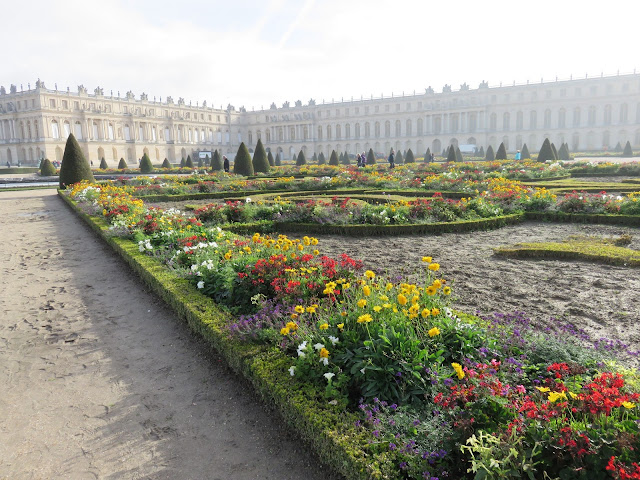 A year or two ago, I was out for a run (so it was probably closer to two years ago) and I saw that Lake Shore Drive had been taken over by cyclists! This was very exciting and I wished that I had known about it before hand so I could have been out there with everyone. As it was, I had a yearly Divvy membership (and technically still do for probably another week or so) that I had been using to bike around the city and go on short bike trips. Divvy was very convenient for just getting around town, or having a bike only when you wanted one, but not having to worry about storing it for winter or anything. The problem with Divvy, was occasionally, their bike racks would be full (or empty when you needed one) and you would have to look for another station. The main reason I ended up cancelling my yearly membership though, ended up being the thirty minute time limit on the bikes. It makes sense that pay-as-you-go users would need some kind of time limit so that they would have to check the bike in and then Divvy could charge them accordingly, however for someone with a yearly membership, it doesn’t matter how often you check in and out bikes, your cost is always the same. It would make more sense for people who had yearly memberships to be able to check in bikes when they wanted to (the same bike loss fee would still apply if they damaged or didn’t return the bike of course). At the very least, they could have given an expanded window of possibly a couple hours or a full day to yearly members so they wouldn’t have to keep checking bikes back in every 30 minutes. You don’t even really get a full 30 minutes of ridding in since after a certain point, you need to start looking for another Divvy station that has available spaces so you can dock your bike before your time runs out. That little rant to say: Divvy’s time limitation prevents riders from going on longer bike rides, bike rides that are ‘just for fun’, and so I wouldn’t have been able to use this membership to do something like ‘Bike The Drive’ (without paying lots of extra fees that shouldn’t have been necessary as a yearly member). So while Divvy was a nice way to introduce me to ‘City Cycling’, it was time that I got my own bike. A few weeks back, I was walking home and saw that the ‘old’ 2015 models were on sale, so I stop in and got a brand new, shiny, bicycle! I’ve been out a few times on it and it feels nice to be back outside with the wind on my face.

At the last second this year (two days before the event actually) I realized that Bike The Drive would be that weekend. I debated with myself a bit, as I hadn’t budgeted for it, but as I have wanted to participate for a couple years now and finally had a bike of my own; it seemed like a good time to sign up. I managed to do packet pick-up the next day, just a basic shirt (non-tech shirt) and a bib (and a wrist band and a sticker for my helmet with my bib number) and then I waited for the next day when it was race time. The race actually started at 5:30 in the morning, but we ended up going out the previous evening for dinner with some friends and stayed out later than I planned. I was about to head out the door the next morning around 6 AM, when I couldn’t get my bib to stay on. I have grown accustomed to running race bibs that are pinned on, this bib however, was a sticker and it didn’t seem to want to stay fastened to my tech shirt. I looked around for pins from previous races, but remembered getting rid of most of them (and apparently losing the rest) during my last move. I ended up just sticking the bib in my backpack in case anyone asked for it and hoped my ‘helmet-bib’ and wrist band would be enough to get me through checkpoints (it was, out on the road it became apparent from all the bibs on the road that others had experienced the same issue). I was out the door by 6:30 AM and rode down to the Fullerton on-ramp not long after to begin a beautiful 30 mile ride. By the end, my legs were tired, but I felt great and had experienced a fantastic morning with perfect weather (not too warm, sunny, and it didn’t end up raining which was a concern when I signed up for the ride). 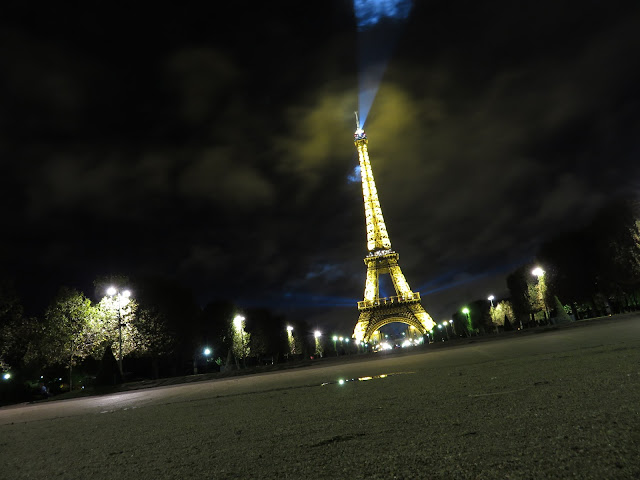 From where I started months ago, when I was still wondering what that pull was that kept tugging me to get back outdoors, I have started back down the road toward something resembling fitness. Things are now even better than ever, if that is even possible. Things have gone from great to just short of perfect (perfect would be Paris of course). Now all I need to do is to keep it up and not let this purring kitten on my lap keep me from going for a run.

Posted by Unknown at 6:52 PM No comments:

My Last Half Marathon!